NFL Big Data Bowl 2023  - Python
I worked with the fantastic Ashley Carter to create a new statistic to evaluate the performance of offensive linemen. We used weighted proportions of hurries, hits, and sacks allowed by each offensive lineman, along with holding penalties called on each of them to calculate our Pass Blocker Rating. We weighted each of these factors by the relative number of yards lost on average. We calculated the Pass Blocker Rating for each lineman in the 2021 dataset and examined our highest and lowest ranking players to determine the efficacy of our statistic. Our top three players included the highest paid guard (from their 2018 contract), and two pro bowl players. Our lowest scoring players included lineman who had been injured, let go, or switched positions. 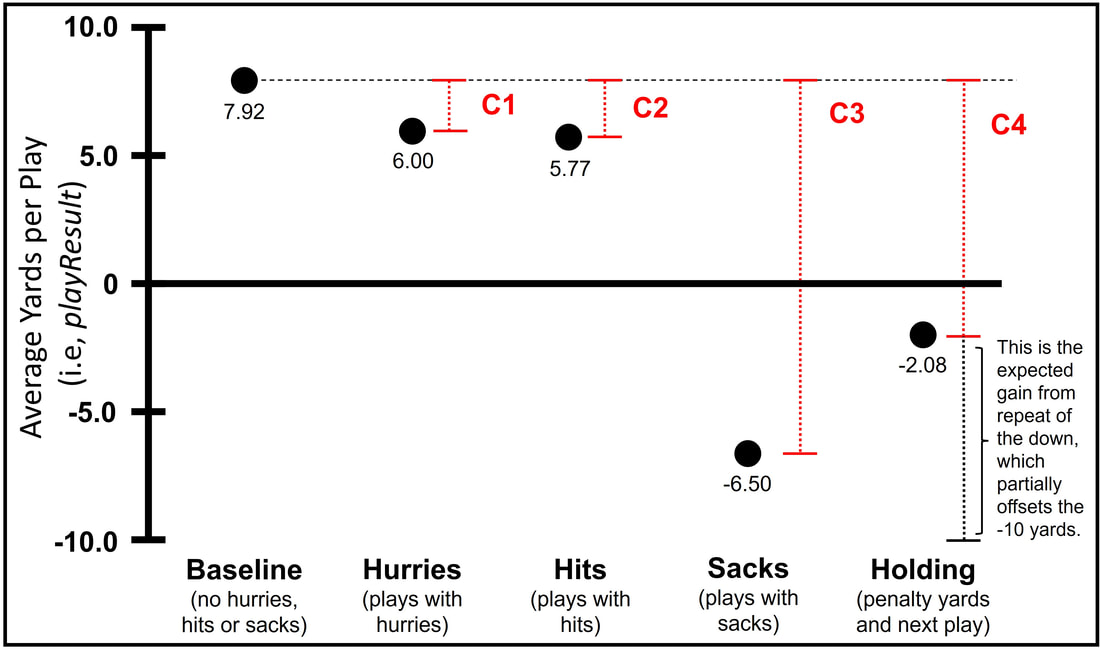 Medical Coding Practice Logistic Regression - Python
This is a coding assessment I completed where I parsed the data and ran a machine learning model to determine the likelihood of readmission of a patient within 30 days after they've had coronary artery bypass surgery. The data used is randomly generated using ICD-9 procedure/diagnosis codes.
Pressure Trace Acquisition Using a DAQ - MATLAB
This program reads continuous data from a set of eight piezoelectric pressure sensors hooked up to a NI DAQ. It then converts the resulting voltage into pascals and creates two figures, one with the raw voltages and one with the converted pascals. This function uses a built-in dq function and requires the NI DAQ toolbox to run.
Identifying Worm Burrows - MATLAB
I created this program to find narrow worm burrows in thin aquaria filled with mud. This program takes in a timelapse video, looks for differences between frames, and determines the coordinates of the burrow that are created over time. It then generates a color gradient overlay to display when each section of burrow was found in the video. This is one component of a larger analysis of burrowing rate.

Analyzing Fish Schooling Behaviors - MATLAB
This set of code collects video and performs image processing on the videos. The analysis finds fish and analyzes their schooling performance under different lighting conditions. This was built in collaboration with Matthew McHenry and Alberto Soto and was used in the data analysis for our peer-reviewed publication on the sensory bases of schooling. That publication can be viewed here.
Larval Feeding Model - R
I used experimental data on feeding rates to model the metamorphosis rates of marine larval invertebrates with different feeding techniques. This model puts a population of 100 individuals of each of two feeding types into environments with different distributions of food sizes. It then follows the population to see how many make it through the four stages of growth to metamorphosis. This kaggle notebook is a modification of a model I made in undergrad in 2013. 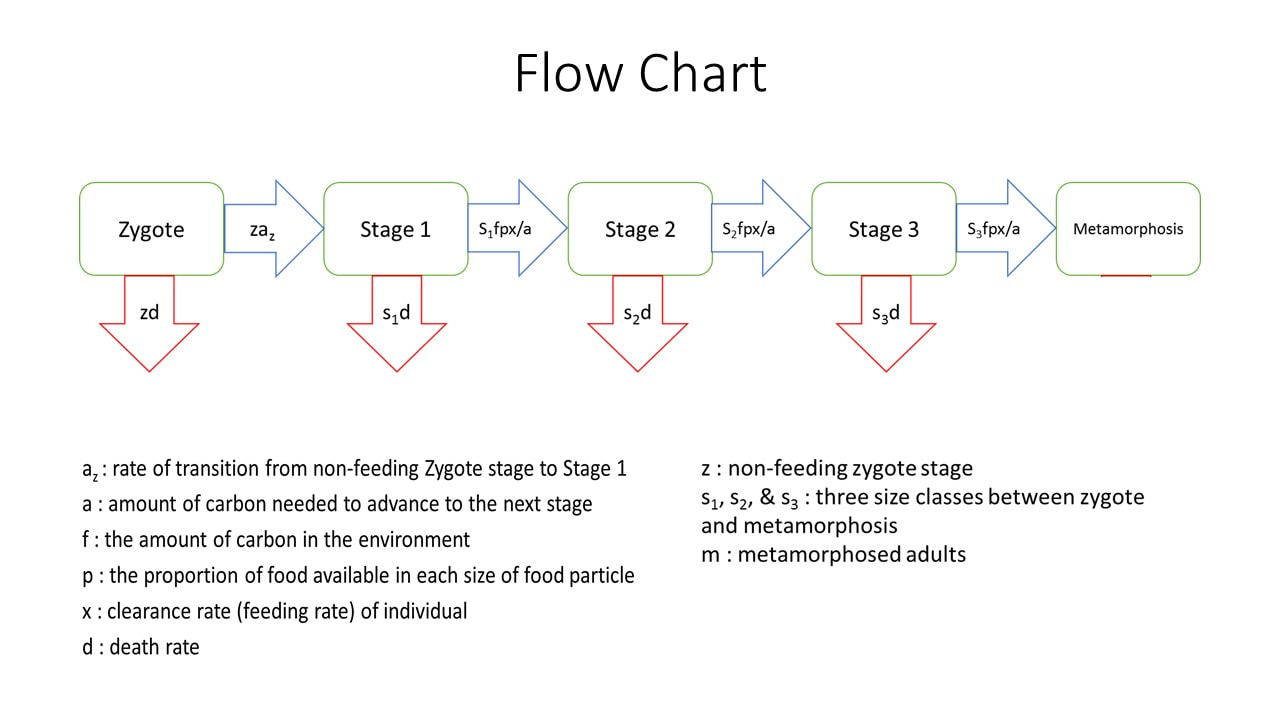